The traditional Christmas pudding is something that many of us only eat occasionally, and almost certainly only several times a year.  It must be something special then!

Personally, I’m not a great fan of Christmas pudding and could quite happily get through Christmas without eating any.  However, like most people, the draw of the domed shape, dark colour and fruity smell draw me in every year and I can always find room for a bowlful (or two)!

Here are some interesting facts about the humble Christmas pudding, which you may want to consider when you are tucking in this Christmas.

When were Christmas puddings first made?

Believe it or not, Christmas puddings are thought to have originated from the 14th Century as a porridge called ‘frumenty’, which was made of beef and mutton with raisins, currants, prunes, wines and spices – quite a collection of tastes!

By the end of the 14th Century, this porridge ‘dessert’ was becoming known by several names including ‘plum pudding’, ‘Christmas pudding’ or just ‘pud’ – I refer the last name most.  It is ironic that the word plum was used because there are no plums in the pudding at all – the pre-Victorians were known to refer to raisins as plums, hence the name.  All very confusing isn’t it?

By 1714, King George I firmly established the Christmas pudding as an integral part of a Christmas meal as we know it today.  He was sometimes known as the ‘Pudding King’ as a result.

There is certainly some good history behind this pudding.

Why do we eat this particular pudding only at Christmas?

Some believe that the Christmas pudding is more associated with Easter than Christmas, with several reasons given for this.  One of these is that the pudding represents the power of Jesus, particularly if the pudding has alcohol poured over it and is set alight!  Another is that the decorative sprig of holly on top of a Christmas pudding represents the crown of thorns that Jesus wore – I’ll leave you to make up your own mind on that one!

It is important to note that Christmas puddings can keep for a while after Christmas and many people keep a pudding back to be eaten later in the year, such as at Easter.  A double fix of pudding then!

Where does the familiar cannon-ball shape come from?

To be honest, I’m not sure we really know.  Believe it or not, in Victorian times, Christmas puddings eaten in large and rich houses were sometimes cooked in fancy moulds to look like towers or castles!  However, to everyone else, a simple ball shape was sufficient – particularly heavy puddings were often called cannonballs.

Are there any traditions or superstitutions to be aware of?

Of course there are!  Over the years, there have been many superstitions surrounding Christmas puddings. The most spoken about refer to the need for the pudding to be made with 13 ingredients to represent Jesus and the 12 apostles. There is also the tradition that every member of the family should stir the pudding with a wooden spoon from east to west in honour of the wise men.

Again, I’ll leave it up to you to make up your own mind on that one!

Will I find some money in a Christmas pudding?

Quite possibly! Putting a silver coin in the pudding is an old custom said to bring luck to the person that finds it (if they haven’t broken a tooth on it or already swallowed it!).  This tradition is said to date back to the ‘Twelfth Night Cake’, which was eaten during festivities on the Twelfth Night of Christmas when a dried pea or bean with baked in the cake and whoever got it would be King or Queen for the night!

If there wasn’t a coin in the pudding, you could often find a button, thimble or ring, each of which has a different meaning.

To be honest, it sounds like you can pretty much put anything in a Christmas pudding and hope for the best (but probably best to make your guests aware beforehand to avoid a Boxing Day trip to the dentist)!

I couldn’t post this blog without giving you a recipe for Christmas pudding!  Many may have already made their Christmas pudding on Stir-up Sunday, which was on 23 November this year.  However, you still have time to make your own great tasting Christmas pudding. Go on, have a go at making your own this year (the shops will still be open until the last minute if it doesn’t quite turn out!).

If you’ve read this far, you must really be interested in Christmas puddings! If you want to find out more, here are the articles I read:

This recipe for bread sauce is quick and easy to make. This bread sauce recipe uses breadcrumbs and a cloute to make a delicious sauce. 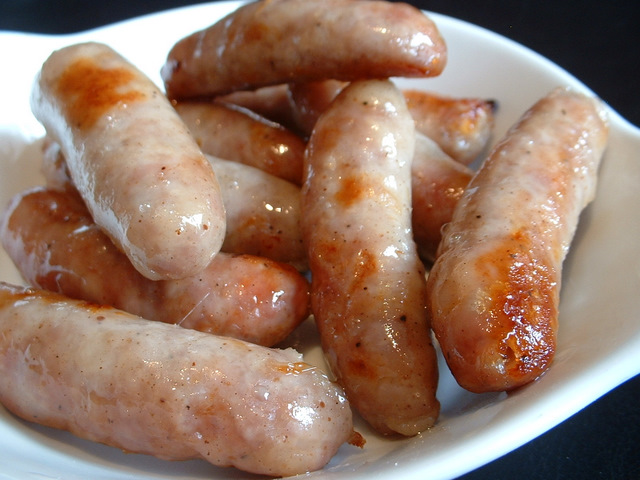 These chipolata sausages are common in the UK and are most often associated with Christmas time. However, they are great at any time of the year.  They are often relatively thin and short in size.  Chipolata sausages are quick and easy to cook and taste great. There really is no excuse for not putting them... 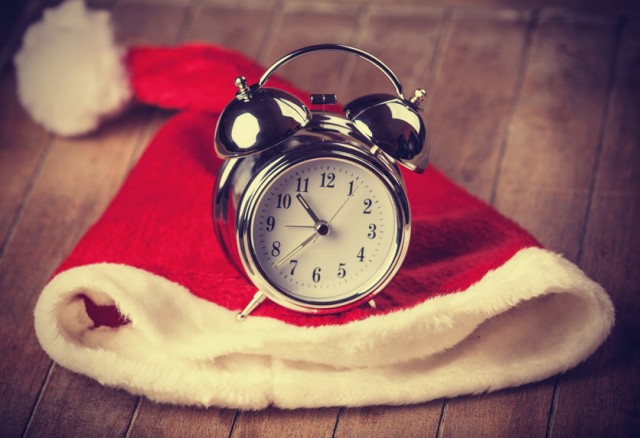 Ready in the kitchen for Christmas? Here’s your essential Christmas cooking guide for the countdown to Christmas. Hints and tips you don’t want to miss! 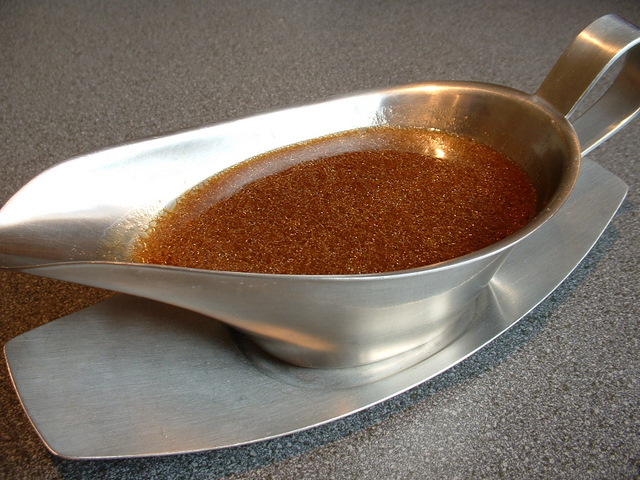 This gravy recipe is for a turkey gravy. If looking for recipes for gravy, this turkey gravy will be ideal. 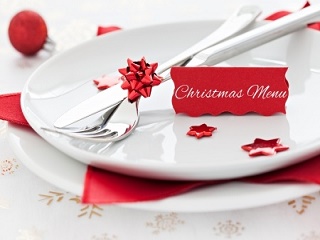 Last minute Christmas cooking advice to ensure your preparations for cooking over the festive period go smoothly and are as stress-free as possible! 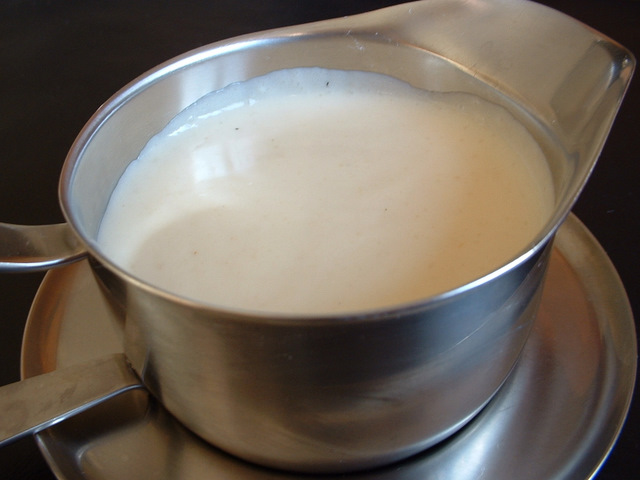 This cake recipe is for mince pies. If you are looking for a mince pies recipe, this recipe is all you need. 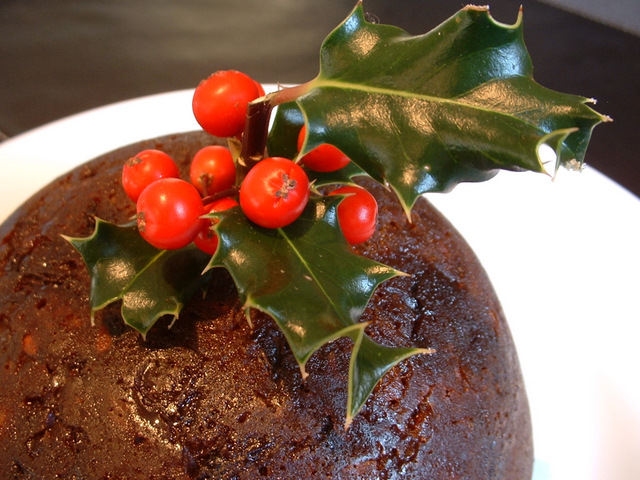 This recipe is for christmas pudding, often referred to as christmas pud and xmas pud. However you name it, this christmas food recipe tastes fantastic.

Why mince pies at Christmas? Do mince pies actually contain meat? Should they be eaten in silence? All you need to know about mince pies this Christmas. 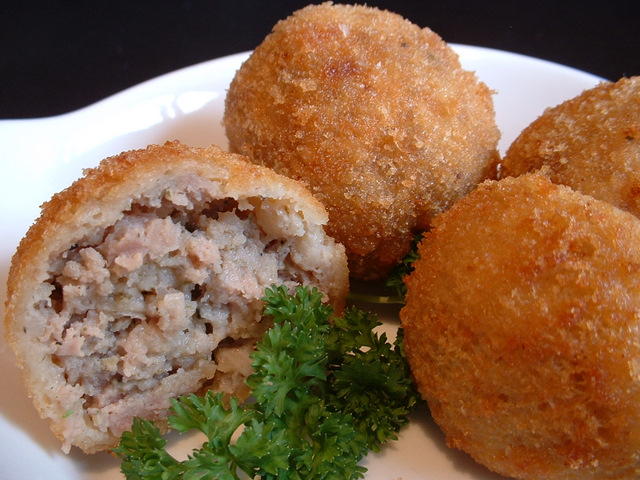 Sage and onion stuffing is a great accompaniment to any roast dinner meal, including your Christmas lunch. This uses a sage and onion mix for the stuffing.