You can exchange these colours for any you wish.  You could use the colours of your favourite sports team for example.

Watch this buttercream cupcake being made 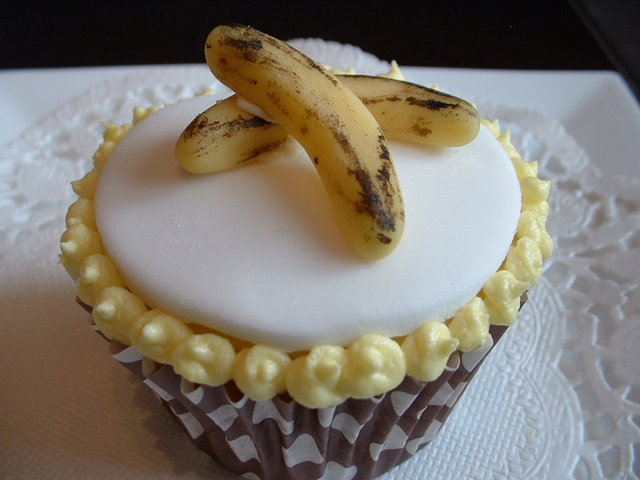 This shows how to make a banana cupcake. The bananas on top are made from marzipan and the cupcake mixture contains a small amount of diced banana. The marzipan bananas on the top are almost too nice to eat! 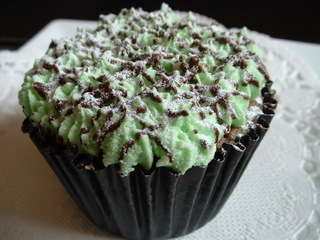 These chocolate and mint cupcakes have a hint of the refreshing taste of mint, look great and are easy to make. 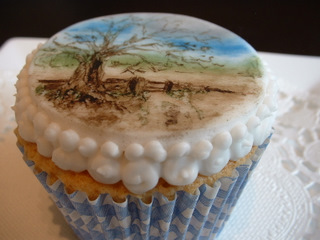 This iced cupcake shows how the icing can be painted to create a stunning looking cupcake that would not be out of place in a gallery. 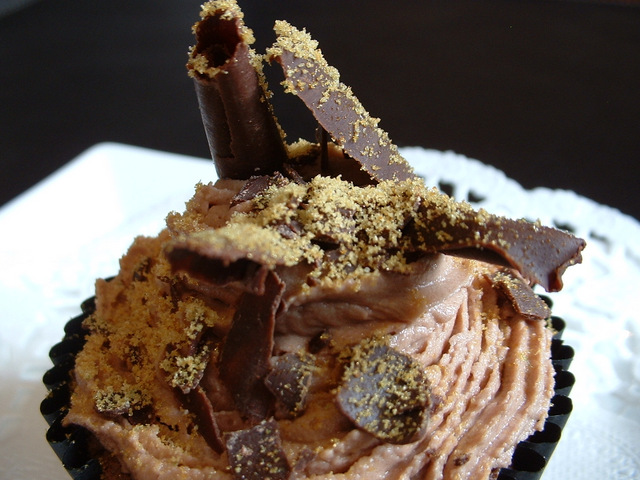 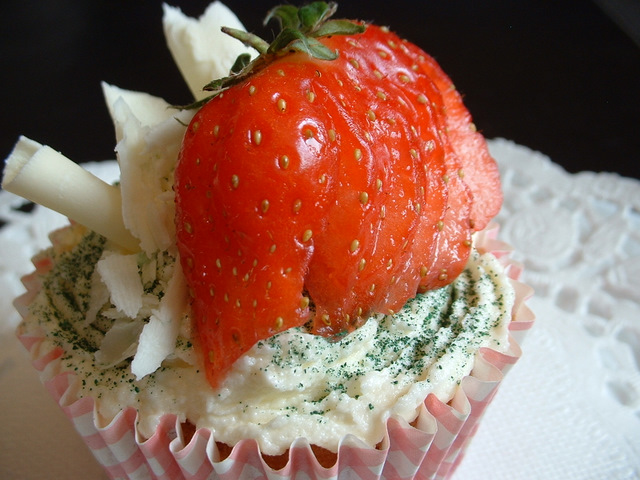 This strawberry cupcakes recipe is for a cupcake decorated with strawberries and cream, celebrating the famous tennis tournament at Wimbledon. 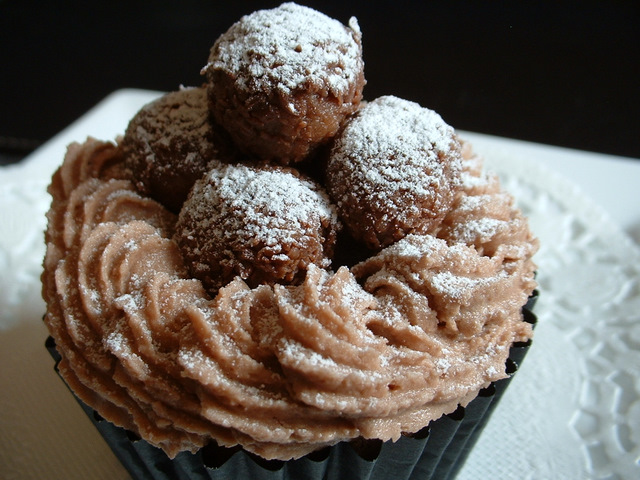 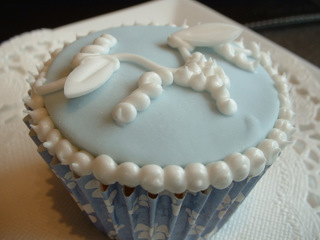 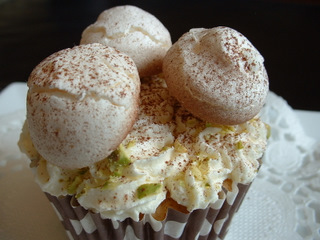 This recipe shows how to make cupcakes decorated with meringue mushrooms that look too good to eat!